The electrical panel is the heartbeat of the modern home. This modest-looking component is responsible for channeling and sending electricity to different rooms and devices in one’s house. It is the electrical safety center of your house responsible for keeping your family safe from shocks and electrical fires. 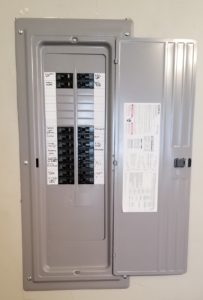 It’s also one of the easiest parts of the home to take for granted. As long as one’s lights are still on and appliances are still working, there’s no reason to think about electrical panel replacement. But just like any other product, electrical panels don’t last forever. There will come a time when it needs to be upgraded, retooled, or entirely changed out.

That’s important to remember now, as electricity consumption is higher than ever before. Not all homes or office buildings were built to handle today’s energy demands. As technology progresses and appliances evolve, energy systems must be adapted and adjusted to supply the increased power they need.

We don’t notice electricity when it works, but we notice when lights flicker, or appliances don’t function as well as they should. In addition to those indicators, here are five signs and situations that may point to your home needing complete electrical panel replacement.

Your home is old

Homes constructed in the early half of the 20th century were built to accommodate a very simple electric setup. Those older homes were typically outfitted with 60-amp electrical circuits, which were more than enough for an average house’s power needs at the time. A 60-amp circuit can handle an electrical load of 7200 watts. That was all most homes needed at the time because there weren’t nearly as many electric appliances as there are now. Light bulbs and lamps were the most common. Kitchens had blenders or toasters that weren’t used more than once or twice a day.

The 1950s saw a momentous change in American homes’ electric use. The popularity of electric appliances skyrocketed, especially washers, dryers, and dishwashers. Television overtook radio as the main outside entertainment source for American homes. Over later decades the public collected more devices that demanded a lot of energy, especially electric hairdryers, and computers.

Nowadays, of course, the typical American home is filled with devices that use a lot of electricity. While most homes built in the 1950s or later were designed to handle increasing electric loads, homes built before that time may still be configured for electric use patterns of the 1920s. That’s not enough for most modern homes.

The electrical system in a modern house should be able to manage high-voltage appliances without an elevated risk of overloading the circuit. A 60-amp circuit can only handle one large appliance at most. If your home was built before the 1950s and you occasionally experience power drops or flickering lights, you may need electrical panel replacement.

Even some homes built a little later than the 1950s may have a circuit breaker that’s too old or can’t handle modern energy demands. If you and your family tend to use a lot of electric merchandise, it’s worth checking your circuit breaker to verify its power capacity no matter how old your home is.

You still use a fuse box

The circuit breaker didn’t become standard household equipment until the 1960s. Before then, most homes’ electrical power was run through fuse panels. 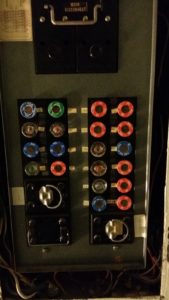 Until 1950 or so, most homes had fuse boxes that accommodated 30 amp fuses, which supplied 120 volts of power. Those fuses were generally enough for homes before World War II, but they were entirely insufficient for the massive, 240-volt requirements of large appliances like ovens or dryers.

Homes then converted to 60 amp fuse panels, which could be better for high-energy larger appliances. These panels were acceptable for homes on the smaller side, but there was a limit to the number of 240-volt appliances they could handle. Fuses blow out when they get overloaded and must be entirely replaced.

Old 60-amp fuse panels often had just one fuse that could manage power for one huge energy-consuming device, like an air conditioner or oven, and a few more supplemental fuses for the wiring throughout other rooms of the home. Kitchens of the past may have had only one electrical circuit from which to draw power. The contemporary kitchen needs a minimum of seven circuits to run, often more — and that’s just the kitchen. A fuse box just can’t work in homes with all the multiple electrical circuits a modern house needs.

You use a lot of extension cords and power strips

Electric consumers use extension cords to work around the problem of not having enough outlets in their homes. When used occasionally and responsibly, extension cords are safe to use. But they should never be used as permanent fixes for homes that need more outlets, upgraded wiring, or electrical panel replacement.

Household extension cords are designed for very limited or short-term use. They’re not intended to supply a power source for more than two low-draw electric devices — or only one high-draw device like a space heater. Funneling three or more devices through a single extension cord brings a high risk of circuit overload.

There’s a reason electrical wiring and connections are built within the walls of a home: they’re life and extremely hazardous to the touch. An extension cord is like a tentacle of electricity coming straight from your walls into the middle of the room; its casing is the only layer between you and electrocution. If it gets torn, broken, or worn out, it can be lethal. There’s also the risk of tripping over loose extension cords — that’s happened to us more times than we’d care to admit.

Power strips are necessary devices in this era of multiple connections for home entertainment and technology. But they’re not substitutions for electrical panel replacement either. Many consumers use power strips as hubs for “daisy-chaining” other power strips and extension cords together. This is an extremely unsafe practice that risks massive electrical failures, even fire.

If you find yourself using extension cords or daisy-chaining power strips to compensate for a lack of available electrical outlets, it’s time to face the inevitable and get a wiring upgrade and electrical panel replacement. It’s the safest and surest way to ensure you’re getting the power you need, and you’ll notice the huge increase in convenience almost at once.

Your circuit breakers are constantly tripping

Circuit breakers provide a convenient safeguard against electrical overload: they just shut down. That’s why they were invented to replace fuse boxes that burned out and needed to be replaced. When a circuit breaker resets, usually all you have to do is go to the panel and flip it back on. But if this happens a lot, there’s something wrong with your electrical system that needs to be addressed.

Frequent circuit breaker tripping is a sign that your electrical system is fundamentally inadequate. Even though your circuit resets itself to protect you, persistent tripping shows there’s a larger hazard in the works. Electricity overload is one of the most common causes of house fires, and they’re often traced back to poor or degraded electrical wiring that sparks and erupts into flame. Even though circuit breakers trip to prevent that overload, they don’t take care of the root cause that can result in severe damage.

Short circuits and ground faults are commonly caused by bad or loose wiring, which can result in overheating and smoke when exposed wires come into contact with the ground or other electrical elements. Although circuit breakers were designed to trip in those cases, if that happens several times a day or even within a week, there’s a reason for concern.

At some point the circuit breaker’s shutting off won’t be enough to protect you from more serious electrical malfunctions. Full servicing like an electrical panel replacement will get to the root of the problem, and mitigate your risk of more destructive, potentially devastating damage.

Home improvement is a complex series of tasks, whether one is taking the home apart from top to bottom or just refinishing a room or two. Most of us think of remodeling in strictly visual terms — replacing fixtures, tearing up floors, installing new appliances, repainting walls, and so forth. But planning a home renovating project should include wiring upgrades and electrical panel replacement as well.

The top two targets for home remodeling, according to the National Association of Home Builders, are the kitchen and bathroom. These rooms have electrical needs unique from all other rooms in the house.

One major reason kitchens are remodeled is to allow for the use of more electrical appliances or install new ones like electric ranges and dishwashers. If the old kitchen was built without these power items, there’s a high chance its electrical circuit wasn’t built to accommodate them. A renovated kitchen that doesn’t address that power shortage isn’t going to make using the kitchen any easier than before.

Whoever remodels a home must also take current electrical standards into account, especially with bathrooms and kitchens that often accumulate a lot of moisture. For example, most new homes have safety devices (ground fault circuit interrupters) that cut electricity the moment an electric device comes into contact with water. Older bathrooms and kitchens may not be equipped with these safety measures. Similarly, these rooms need to have electrical setups that run safely, which may require electrical panel replacement.

Electrical panels all need replacement at regular intervals — usually once every 25 to 40 years, at least. A home remodeling project is a fantastic opportunity to upgrade your home’s electricity. It’s certainly more convenient to have that upgrade happen as part of your overall renovation project, rather than to have it done in a piecemeal manner when your electrical panel is nearing the end of its usefulness.

Aardvark Electric, Inc. is where Atlanta homeowners turn for full diagnosis and repair of common problems, including electrical panel replacement. If you suspect your home electrical system needs an upgrade, contact us to get started.